Substantial savings eyed with new upgrades
Back to Home 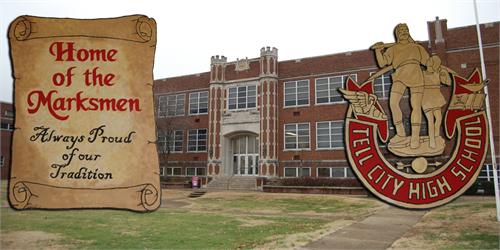 TELL CITY – Buildings at both the elementary and high school levels in Tell City could soon receive extensive overhauls in lighting. The school board is considering upgrading from the existing fluorescents in classrooms and hallways to new and more efficient light-emitting diode bulbs.

Last year, the board advanced projects to change fixtures in parking lots at both schools and Bryan Taylor Sports Arena.

That work was facilitated with tax-increment-finance money awarded to the school district by the county redevelopment commission, which has provided about $100,000 annually, and has for the last few years. That project rang in at about $62,000 for the appliances.

The current proposal for renovations would also be paid from that fund.

During the board’s Oct. 10 session, members met with Patricio Daneri of the Indianapolis-based Energy Harness company, to discuss some of the finer points about how a switch LED’s could benefit the corporation. According to Daneri, an energy audit of both buildings – which include about 7,000 bulbs – showed that there could be substantial energy saving and that reduction in consumption would likely net huge returns. He estimated that, based on current energy costs, Tell City Schools would see an $850,000 decrease in utility costs over the 15-year life expectancy of the bulbs. However, with foretasted rises in utility rates, which could triple, he said that savings could top $3 million.

Schools superintendent John Scioldo noted that costs are also impacted through the schools’ ‘power factor’ that increases base rates during “peak demand” times once a certain amount of energy is used.

He said if they can reduce the peak time use, that’s where the biggest impact is.

Aside from the energy aspects, he went on to say that LED’s are relatively maintenance free since there are no ballast to fail, which is a major fall back of fluorescents. Still on the comparison of the older tech to LED’s, the newer light source is reportedly more clear and crisp. Daneri pointed to a recent study conducted by Purdue University, along with information from other research, which indicates that the better lighting promotes better education, and that’s reflected in higher test scores.

Yet, to get the biggest bang for their buck, Daneri said the corporation would need to advance a project soon since many of the energy efficiency rebates are set to expire, with some concluding before year’s end.

Despite a strong sales pitch from Daneri, a few of the more tech savvy members from the school board questioned some of the components and manufacturing aspects of Energy Harness’ products. Members Rick May and Gregg Jarboe, each with backgrounds in engineering, bounced technical aspects of the LED devices off Daneri. That included talks about heat sinks and capacitors, both elements of LED fixtures that Daneri said needs to be of top quality in order to have a lasting unit. He said when costs are lower for otherwise comparable lights to used by Energy Harness, it’s often to the detriment of those two components. He further explained that the higher-end capacitors helps to protect the fixtures from fluctuations of energy currents coming into the buildings. He said a surge can exceed the voltage ratings of many capacitors, but his are rated for top-end plus 15 percent.

Such talks played into account later in the meeting when quotes were submitted to actually perform the installation. The board tabled a decision since they wanted to further look into products supplied by one of the bidders. According to Scioldo, there was a wide enough variance in the costs that the board wants to ensure they receive the best product for the money.

The superintendent was authorized to continue discussions with each of the two bidders and move forward with a contractor once his concerns have been addressed.